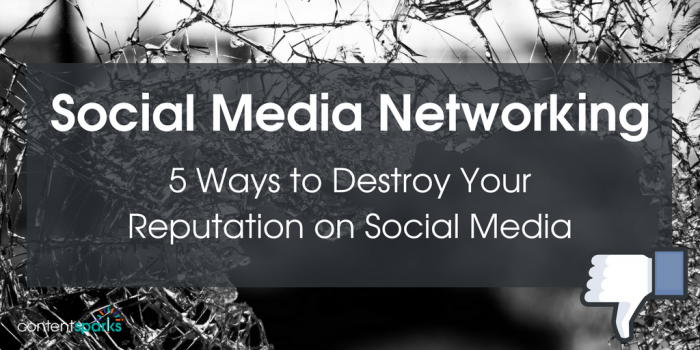 For a large part of the world, Social Media has become a part of our lives. From selfie-taking teens looking for likes, to older retirees looking for long lost friends, it touches (almost) all of us in some way.

Even if we’re not so keen on being on social media personally, most businesses recognize the benefit and build their profiles to suit their market. Not only is it the driving factor behind many marketing decisions today, it’s also an essential metric for success.

Tweet
Likes, shares and hashtags have fast become the currency of popularity online.

But as many people as social media has made, it has also destroyed. Every day we read of some ex-social celebrity who has made some faux pas, only to see their perfect Facebook life come crashing down around them. Never before have reputations developed or fallen apart so easily. The simple click of a button could turn your social media dream into a nightmare that extends into your offline life also. 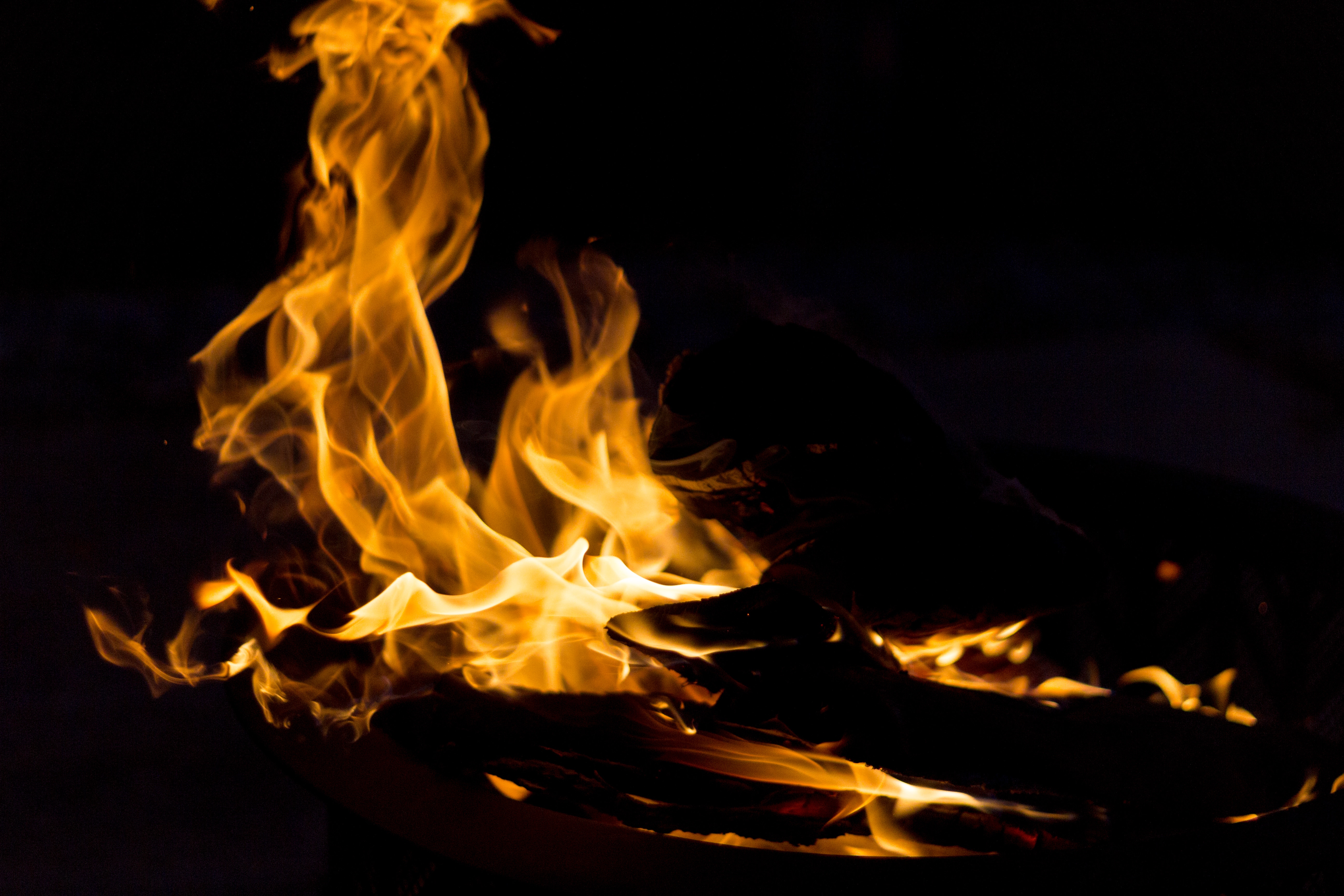 Here we’ve put together a short list of some spectacular methods of using social media to send your business reputation down in flames. Don’t try these at home…

1. Talk Negatively About Another Person

We’ve all had bad experiences with other businesses, people, products or services. The way it feels when you're disappointed in the way someone has treated you, or in what they’ve delivered, is frustrating. That’s what review sites are for. But…

‘Trash talking’ competitors, or others you feel you’ve been hard done by, is unprofessional.

That's especially true in a public forum such as a Facebook group. And yes, it's even worse on LinkedIn.

It sounds petty, feels rash and impulsive, and can have the opposite of the intended effect in damaging the ‘complainers’ reputation.

If you're asked for a personal opinion in a private manner, then voice your experiences factually. Rest assured that if this person is so awful, the truth will come to light sooner or later without your input.

Trolls exist. They might not be the big ugly things that live under bridges, but they're lurking in the dingiest corners of the internet, waiting for victims.

Psychologists may have a lot to say about those people who sit at home bashing out insulting and cruel messages to people they’ve never met. You’ve probably come across them before, and may have even engaged in battle with them. I’ll bet you didn’t win!

The primary purpose of these people is to bait, do as much damage as possible, then sit back and watch as the world burns. They’re looking for negative engagement, and giving them that response will feed them and encourage them to continue.

Your rule of thumb for trolls should be to ignore them. Don’t fight fire with fire, as getting involved in an exchange of words could be a dangerous public display if you lose your cool. When we are angry, emotional, or just plain irritated, we might say some things that can be misinterpreted or that others may find offensive.

Avoid the issue all together by knowing where the block button is, and how to use it. 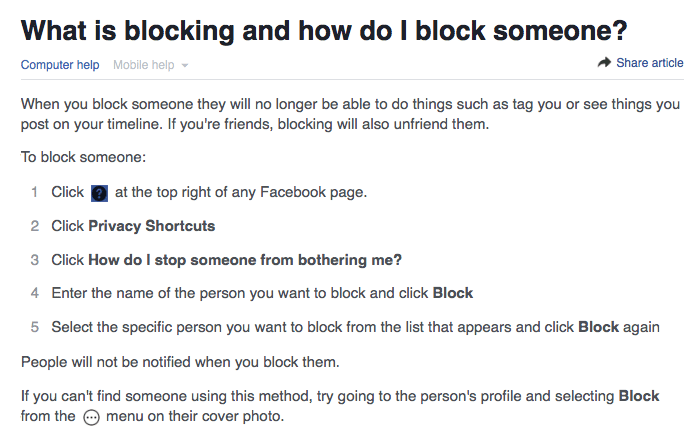 People have become very observant online. With the ability to zoom into any image at the flick of a finger, everything you post must stand up to the highest level of scrutiny. There are even websites dedicated to those tragic instances where people have missed the naked body in a mirror in the background. Nobody wants to be that person.

The chances are, if you’re posting as a business, those more personal mishaps are less likely to happen. Nonetheless, even the most professional of organizations can miss an unintentional ‘oops’, (just ask these guys,…who apparently don't know how to use a level) 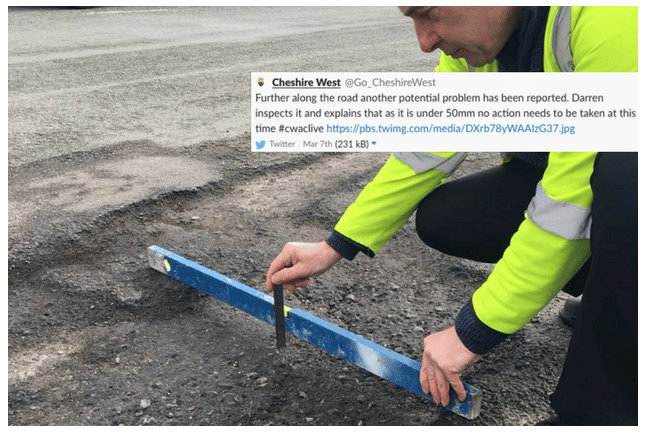 To avoid these slip-ups it’s important to try on a couple different pairs of shoes when you’re checking your posts. How would the average person in your target view this post? How would a teenager see it? Could a competitor pick anything from it that could be used against you? Cover all your bases, and if in doubt, DON’T POST!

4. Completely Forget What Your Followers Want from You

There are going to be moments when you post content that doesn’t engage as much as you’d hoped. Some things just won't generate the right response, whatever you do. But completely missing the mark in misunderstanding what your audience is expecting is something else entirely.

Hopefully you'll never get it as wrong as vlogger Logan Paul did, who tried to make light of something horrific, and whose apology ended up coming across as more self-promotion. 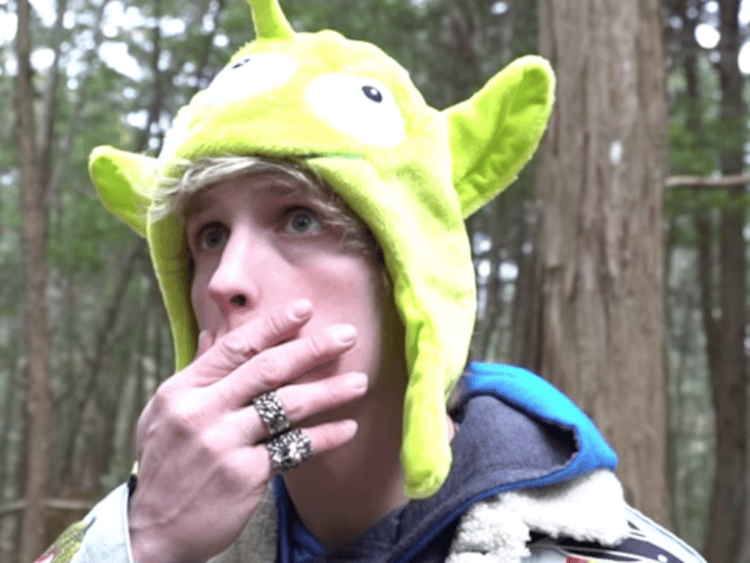 But a good understanding of who your audience is, (with both demographics and psychographics) will go a long way to guarantee your content is a hit. The next best thing you can do is actively listen to how your content is being received each and every time. Then, tweak your strategy accordingly.

You’ve spent all this time, effort, perhaps even money on developing your social following. Your end goal in doing so was likely to make your business more successful; whatever it may be. So, it makes sense to use your following to push your business, right? You want to increase profits, and these are your customers, so you should be working to get them to spend more money with you… right…?

Well, actually no, not really. Ok, the end goal is always to drive business success, and yes, these are the people that will help you do that. But pushing your business on them continuously is the last thing you should be doing.

Stop looking at your social media presence as a way to sell and start looking it as a way to build relationships. The work you put into making yourself a professional, quality resource here is what’s going to help your business reach success in the long-term.

Tweet
People don’t want to be convinced to spend money, they want the right information to help them make that decision.

Perhaps you’ve made one of these Social Media ‘faux pas’ in the past and you’ve seen how it backfired. Or you had no idea that your reputation online could be so fragile. Whatever your experience with online etiquette, it pays to stop and think about what you’re doing before you do it. The repercussions can be significant.

Ready to stop doing the wrong things and start making the right moves? 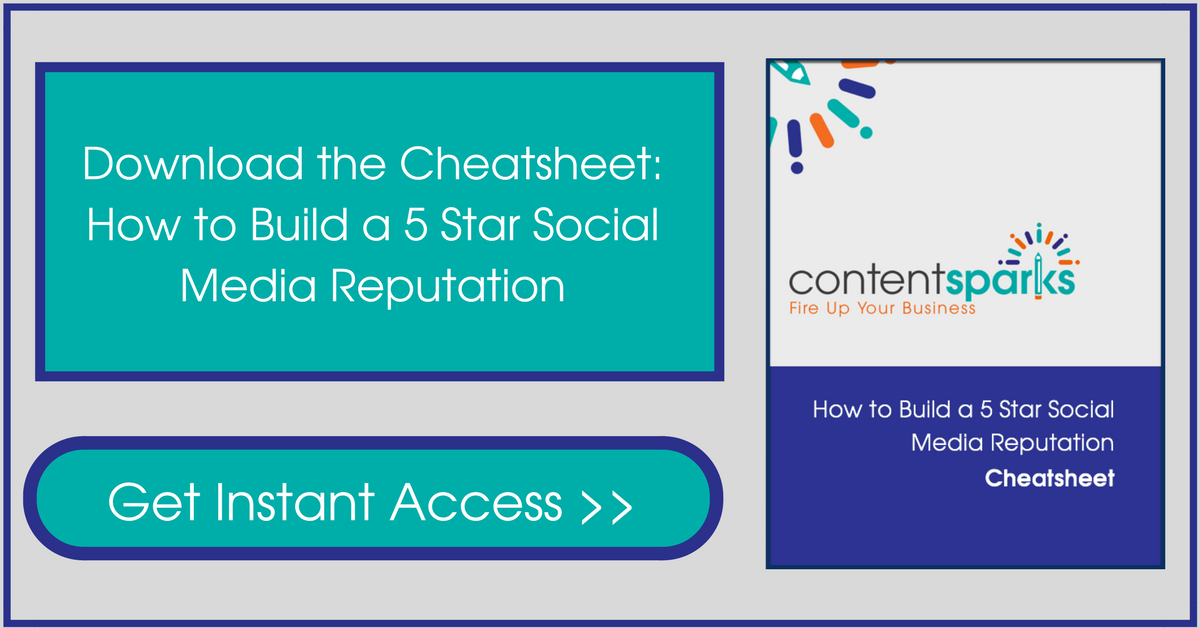 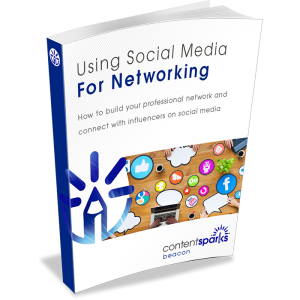 Want to learn more and teach others about using social media to build your business network?

Check out our brandable, ready-to-teach course:

When you purchase a license to any of our brandable content, you get the ability to edit it any way you want, put your name and branding on it, and share with prospects and clients (or sell for 100% profit).

I’ve been creating marketing and training programs for Fortune 500 companies, small businesses, and entrepreneurs for over 25 years....

Our New Course is LIVE! CLICK HERE for Low Cost Marketing Strategies - Up to 67% OFF >> Dismiss